Exodus for Kodi is the Successor to Genesis 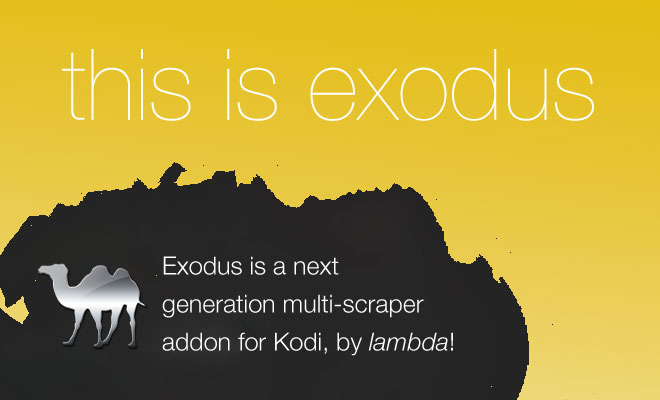 We knew lambda stopped working on the famous Genesis add-on back in October and was working on a new add-on.  Today, lambda finally announced his new add-on, cleverly (and maybe a bit predictably) named “Exodus”.

There’s a snippet from the official announcement at tvaddons.ag, the official home of lambda’s add-on distribution and marketing…

It might very well come as a surprise to you that in the middle of the night, while most of you were sleeping (unless you’re in Europe, in which case you were just waking up), the one and only lambda (of Genesis fame) decided the time was finally right to release his latest masterpiece. It is without further delay that we bring you the Exodus addon for Kodi. We’ve been testing Exodus for a while now, and we can definitely say that it’s one of the best addons ever! It is the next generation of multi-scraper